The RTY is a measure similar to the FTT, but is interpreted as a production characteristic or the reason / quality of an information system without being deprecated by some characteristic.

Thus, for example, a product for the period in a yield of 93%, it can be said that 93% of the time in which the product is manufactured, will be compliant. Your calculation is a different one from FTT.

Defects per unit (DPU) can be calculated as:

Inspection defects (DPI) can be calculated as:

(DPU) / (Number of inspections made) The RTY is then calculated as:

Another way of calculating the RTY to which the application of defects already determined for each characteristic is not applicable is as follows: 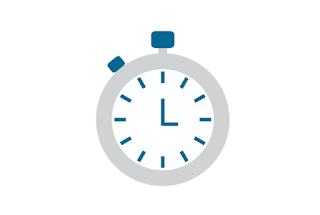 How does Toyota bake a potato?

-Pre-heats a new, high-reliability oven at 350 ° C.
-Insert 1 kg of Idaho potatoes (the best).
- Go out to do something productive for the next 45 minutes.
-Check if you're 'on point'.
-Remove the perfectly roasted baked potatoes and serve at the table.

How does GM or Ford bake a potato ???

- Performs bidding on the market with suppliers from Mexico, Brazil and Tajikistan, to supply 0.75 kg of potatoes, chooses the lowest price, and records the gain on the spreadsheet of the company's cost reduction committee.
-Returns with the Idaho supplier and insists that he maintains the price of the Tajik supplier and that he still has a 3% annual price reduction. The Idaho supplier does not accept, and is removed from the list of approved suppliers of the company due to poor business relationship.
-Increases the amount to 1 kg when it discovers that Toyota uses 1 kg, but insists that the supplier maintains the previous price.
- Ask the potato supplier to preheat the oven to 350 ° C.
-It requires the supplier to demonstrate how he turned the oven knob to 350 ° C and to furnish documentation from the oven manufacturer proving that it was properly calibrated.
-Regards the documentation, and requires the supplier (of potatoes) to monitor the temperature of the oven with a next-generation thermocouple, with definition up to the second decimal place.
-Teaches the supplier to insert the potatoes and set the 'timer' to 45 minutes.
- Ask the vendor to open the oven to see if the potatoes have been properly arranged inside the oven and ask for a study to see if 45 minutes is the ideal time to bake potatoes of this size and with that orientation in relation to the oven.
-It gives a 6Sigma study showing the variation of cooking time for various sizes and potato orientations. -Check if the potatoes are roasted every 3 minutes.
-You get impatient with the supplier (of potatoes), why do these simple potatoes take so long to bake? Request a "Status Report" every 5 minutes.
- Conducts tests of new markets.
- Change the amount to 0.9 kg of potatoes, since the customer can only perceive variations of weight below 0.85 kg. -Check if the potatoes are roasted.
-35 minutes later, he concludes that the potatoes are almost ready. The Company's New Projects Coordinator (readness), which accompanies the Supplier Quality Engineer responsible for potato approval (PAPP) issues a lot of documents confirming that everything is going well and that it will be able to meet the goal within the prescribed period.
- Thank the supplier, and then tell the boss about the excellent work that is being done, even with the adversities encountered due to the poor companionship of the supplier.
-Removes the potatoes after 40 min, and features a 'saving' of 5 minutes without damaging the quality of the product. It requires from the supplier a price reduction due to the shorter process time, and records the gain on the company's cost reduction committee spreadsheet. Then he asks himself, "How do the damned Japanese do to get a tastier, cheaper and more customer-friendly potato like Toyota's potatoes?!?!?

What does chronoanalysis have to do with lean manufacturing?

Have you ever asked yourself this question: what does chronoanalysis have to do with lean manufacturing? Well, if we assume that the heart beat of Lean Manufacturing is tact time, we will notice that these two themes are closely intertwined. The chronoanalysis aims at obtaining the standard time, making all statistical considerations applicable and can be used to, among others, balance production lines, increase efficiency, increase efficiency, reduce costs, rationalize production, of course, whether we are meeting the tact time. A chronoanalyst (be it an engineer, administrator, technician and others) needs to keep in mind that there is no point in increasing the efficiency and productivity of a process if there is no greater demand for that product produced or the need to produce other items in that process. What I mean by all this is that what good would it do me to do a super study in order to produce more if there is not enough demand to produce more? I would have to buy more raw material to meet the demand of the process (money coming out of the box) and increase my stock (money that is stopped in the system). This would give a bad financial imbalance and could generate the opposite of expected within the company.
Postado por Blog da gestão empresarial às 12:22 Nenhum comentário: 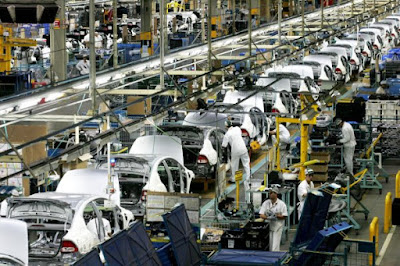 How communication failures can hinder the outcome of a process

The video below shows clearly what happens in the transmission of a message. From one person to another, information is lost, altered and / or not transmitted properly. Does this happen in your company?

1. CHOOSE A CHANNEL FOR INTERNAL COMMUNICATION
Often betting on multiple channels to communicate with the internal audience can have opposite effects to the desired ones. According to the behavior and preference of the collaborators, some means have enough effectiveness - and others not so much. This can lead to a delay in passing information. Do an internal search and find out which channel your internal collaborators interact with best. There are options both online and offline, that is, you have the option to choose the one that best suits your reality. One way to strengthen communication within the company is to establish an internal corporate social network so that employees can talk. In addition, it is important to facilitate the exchange of data on a channel that everyone is familiar with (such as digital platforms) to prevent someone from being integrated.

2. PROMOTES INTEGRATION BETWEEN THE SECTORS
Establishing a communication channel is not enough, you need to prevent restricted groups from being formed. They can create their own way of informing themselves, which creates disharmony with other collaborators. Therefore, it is fundamental to value integration among sectors. If possible, hold meetings where representatives from each area are present and make major transfers. Then it is necessary for this area leader to hold a meeting with his subordinates and clarify all points together.

3. GIVE SPACE TO YOUR EMPLOYEES
One of the biggest problems of internal communication is when it works only for coordinators, managers and area heads. If it is unilateral, it will not be effective. It should be remembered that all employees are an essential part of the company's constitution. Therefore, it is essential to listen to them to avoid flaws, gossip and also misunderstandings. Make room for them to express themselves, ask them what can be improved, and what are the flaws they see in company communication. Do not forget to value this point, because in addition to motivating and engaging them, you will avoid distorted or incomplete messages.

4. USE A COMPREHENSIVE LANGUAGE
Clarity in passing a message is key, right? Therefore, adopt a language that all employees of the company understand, from experts to learners. This shows the company's concern with employees. In fact, this posture avoids noise, disagreements between teams and also misunderstandings about the message. That is, everyone will know at the same time what is happening and in a standardized way. A failure in internal communication can bring several problems for the company, as already mentioned, in addition to creating divisions between the employees themselves. Therefore, it is fundamental to understand the best way to talk to your employees and put this into practice.

Scientific methods are methods adopted to probatively take for truth or untruth an event. According to Lehfeld, "The method is not unique and not always the same for the study of this or that object and / or for this or that framework of science, since it reflects the historical conditions of the moment when knowledge is constructed. Only on the basis of this reflection will the researcher be able to understand the historical and dynamic plan of scientific knowledge. " In this aspect, we note the relevance of the time and the non-dogmatism of the method, since it has a strong influence of the daily life and of factors that affect it. In the formality of the word, method is:
1. procedure, technique, or means of doing something.
2. organized, logical and systematic process of research, education, research, presentation, etc.

Based on the assertions, the scientific method is the method adopted to seek proof, to seek truth, and to demonstrate infallibly that that-object of study-is true. To this day the theory of relativity - adopted by true - is tested in extreme conditions of the universe, in astronomical observations and quantum events. It is adopted for true because it did not fail. Only once, that is, a single failure, in which to prove that relativity somehow did not work will make the whole theory fall to the ground and be adopted as false. The scientific method consists of the following steps:
- Observation of a fact or event;
- Formulation of a problem;
- Proposal of a hypothesis;
- Conduct research and tests to validate the hypothesis.

Among the methods classified as scientific, we will address some:

Proposed by the empiricists Hobbes, Hume, Locke, and Bacon, the inductive method is one that starts from observations of particular facts to general conclusions. It is a method that does not take into account established principles. In this method, correlations between the events are sought for conclusions starting from true premises, but that can lead to a false closure, therefore, must be realized with enough observation and coherence. Let's see:
- Luiz takes juice;
- Felipe takes juice;
- Robson drinks juice;
"Luiz, Felipe and Robson are men;
"Soon, men drink juice.

A test widely used for conclusions in the inductive method and performed with great discretion is chi-square (chi-square). Similar to Models LS or LS Models.

Unlike the inductive method, the deductive method starts from the observation of general principles to arrive at particular conclusions. It is the method proposed by René Descartes - which I suggest reading the book "The discourse of method" - and also by other dedutivists, such as Spinoza. - All plants perform photosynthesis; - Fungi do not carry out photosynthesis; "Soon, fungi are not plants. 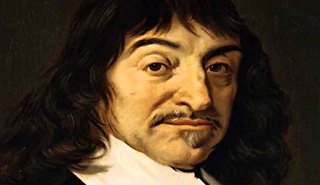 Used not only in the field of exact sciences, the dialectical method is also widely used in philosophical questions, where one tries to challenge a proposed reality, emphasizing everything that opposes it. For every thesis, there is an anti-thesis - or antithesis - and, when counterposed, forms a synthesis. Cited by Santos (2011), "treats the conciliation of opposites in things and in spirit".

The latter, above all, values ​​the interpretation of the world, which arises from the consciousness of man. It is not a positivist approach, since the researcher ceases to be in the neutrality of a neutral observer and places himself as a participant, an actor of that event. It is a method that is disputed by many authors, mainly because of the non-partial approach.

Specific of social sciences, aims to investigate current effects felt until its cause, in the past. In an inverse way, Andrade (2003) states that "it consists of investigating the events, processes and institutions of the past to verify their influence in today's society". 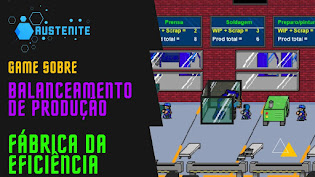 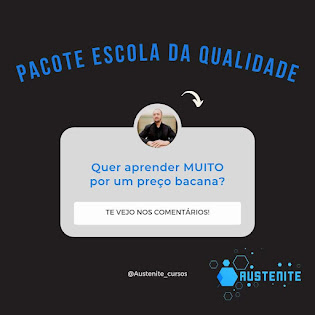 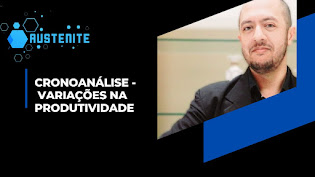 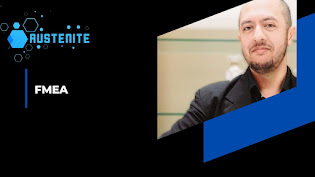 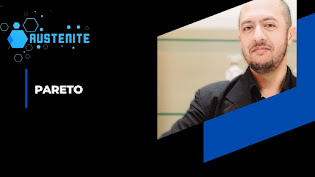 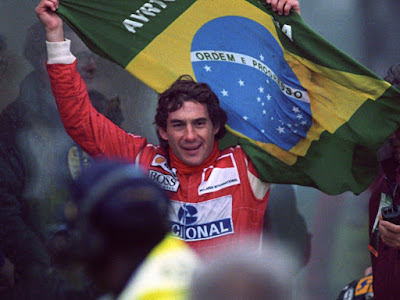